OFFICIAL PRESS-NOTE DATE The Gujarat government has provided Rs. Will give 10 thousand bonus, will have to pay back in 10 monthly installments 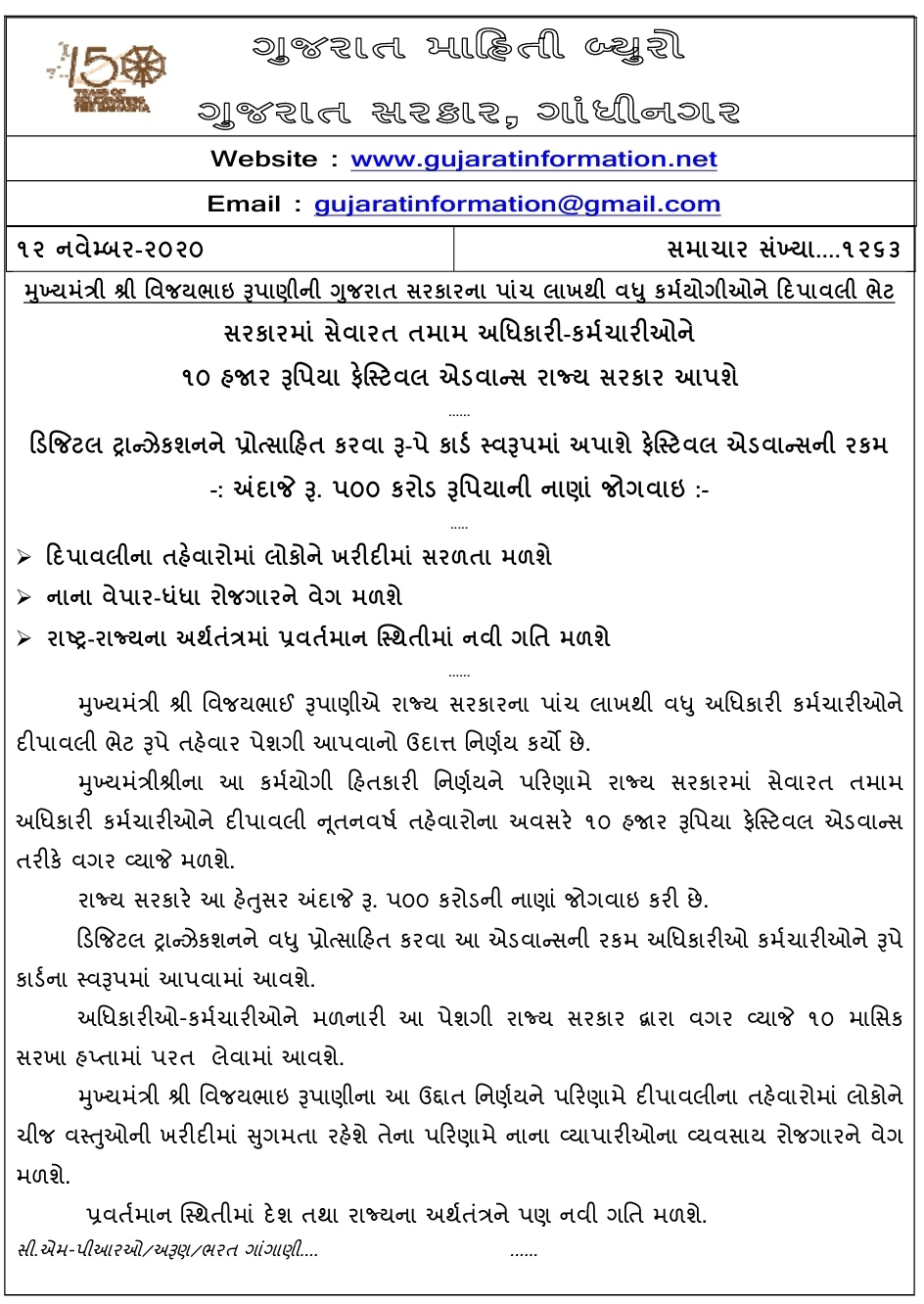