Next Date: Necessary instructions are given regarding the planning of the celebration of “Eleven (11) National Voters’ Day” to be celebrated across the country on January 25, 2021, the main details of which are as follows:

As per the instructions of the Election Commission, in order to celebrate the National Voters’ Day-2021, emphasis has been laid on disseminating various technological initiatives implemented by the Commission to provide various services to the voters during the elections, especially during the Koro epidemic. For this, the Election Commission has suggested the following various activities in addition to the activities undertaken in the past under normal circumstances in connection with the celebration of “National Voters’ Day” in the state.

Special emphasis will be laid on popularizing the technological tools developed by the Commission to ensure transparent, free and fair election process at present as well as to reach the maximum electorate through more efficient publicity.

a) Launch of e-EPIC: E-EPIC will be launched on the occasion of NVD-2021. Under which voters will be able to download their voter ID card in their mobile or commuter.

b) e-EPICometer: A dashboard will be created for monitoring e-EPIC downloaded on ECI / CEO’s website.

c) Awareness through state / district level icons and other participants:

State / district level icons regarding technological innovation initiated by the Election Commission and. Dissemination of propaganda on social media platforms by appropriate hashtags by other participants such as civil society organizations, educational institutions etc. and tagging the official social media platforms of the Office of the Chief Electoral Officer and the Election Commission in such hashtags.

i. Using social media and digital media to spread awareness in urban as well as semi-urban areas.

Approved content from can be used. iv. Voter List Special Reform Program, Content / Material developed during the election which shows the use of masks / hand gloves and maintains social distance can be used by making appropriate changes.

V. To publicize voter awareness during the Corona epidemic and efforts to increase confidence in the electoral system.

WHO ARE ELIGIBLE FOR E-EPIC?

It will be a non-editable secure portable document format (PDF) version of the EPIC (approx. 250 KB) which can be downloaded on mobile or in a self-printable form on the computer. A voter can thus store the card on his mobile, upload it on Digi locker or print it and

self-laminate it. This is in addition to PVC EPIC being issued for fresh registration. 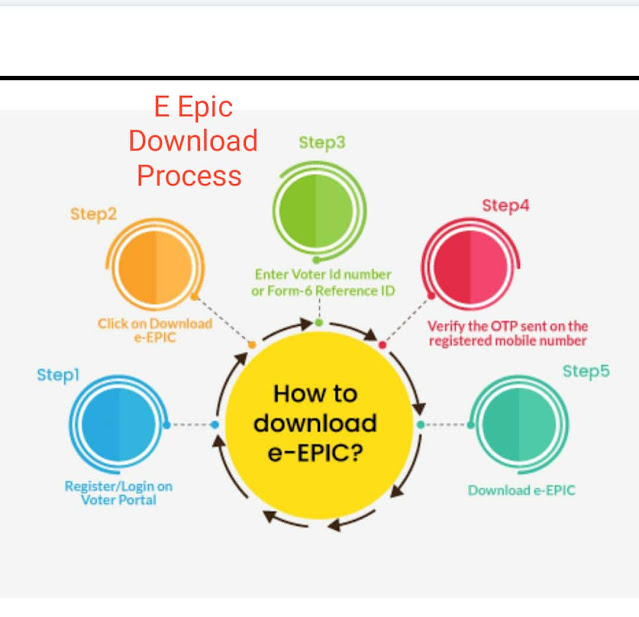 vi. Encourage the widespread use of mobile applications such as Voter Helpline, PwD App, C-Vigil, Voter Turnout App, Candidate App developed for the purpose of providing necessary information to the voters as well as getting information about registration, polling station location.

During the celebration of National Voters’ Day, media representatives should be present as well as media briefings on COVID-2019 guidelines and precautionary measures should be taken.

1. CoVID-2019 Mask widely used for Bihar Assembly general elections successfully held during the epidemic as well as for the safety of voters, Inform the media about handgloss, sanitizer, PPE Kit etc.

ii. To record and disseminate the audio-video messages of the state / district icons regarding the security measures taken in the elections held by the Commission during the period of coVID-2019.

Use of all forms of media such as print, audio visual, outdoor advertising, FM radio, television, SMS, e-mails, social media, etc. to promote the theme of V. NVD-2021.

5. Use of Technology: As many as 30 different applications developed by the Commission for use before, during and after the election and during non-election (as per Phase-I to IV shown in the letter of Election Commission dated 07-01-2021 Extensive dissemination of surveys for the use of applications).

6. Main activities to be carried out at different levels:

The following activities will have to be organized at the booth level, district level in accordance with the guidelines given by the Central and State Governments regarding the Koro epidemic and the rules of social distance.

i. In the brief ceremony on NVD, the booth level officer will have to give EPIC on ‘Proud to be a Voter-Ready to Vote’ GAG G (Badge) to the newly registered voters in the concerned polling station area and take the pledge provided by the Election Commission for NVD. If possible, the program will have to be organized virtually, the District Election Officer will have to make necessary arrangements for the brief program to be organized at the polling station level.

ii Intensive use of video and other creations as well as print and audio-visual media. Films sent by the Election Commission, videos for EVM-VVPAT awareness prepared in local language at state as well as district level, videos for voter registration etc. should be displayed at the venue.