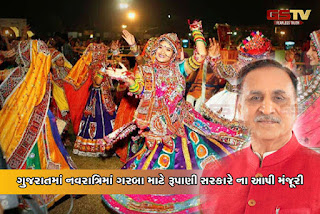 Read All Details In Gujarati

It is to be noted that all these SOPs must be complied with.It may be mentioned that social, educational sports,recreation, cultural activities,planning of religious ceremonies in areas other than the content zone will also be allowed subject to certain conditions.
The face must be properly covered at all times throughout the ceremony.
Oxy meter facility with thermal scanner, sanitizer as well as stage,mic,chair should be sanitized periodically.
Handwashing,sanitizer facilities will all be mandatory.