DRDO’s drug shuts off the energy the virus receives; Find out when it will hit the market and how much it will cost

DRDO’s new drug 2-DG (2-deoxy-D-glucose) is being called a game-changer for the country to combat the second wave of corona. With the immediate approval of the Drug Controller General of India (DGCI), questions are being asked as to what is the specialty of this drug?

In fact, India has made a mistake on 4 major fronts in the fight against Corona. The first is the lack of hospital beds, the second is the lack of oxygen, the third is the shortage of medicines like remedies and the fourth is the dependence on foreign countries for the raw material of medicine or vaccines. 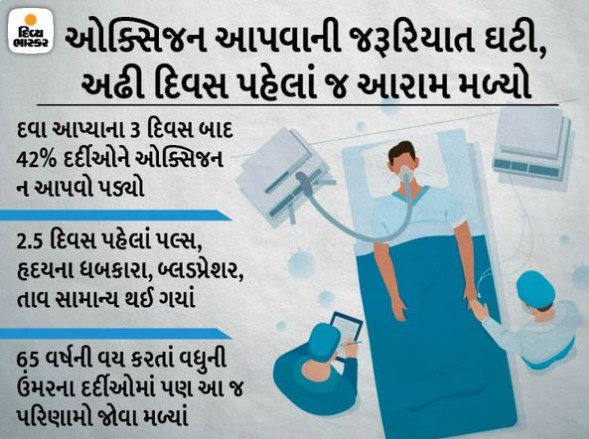 Corona’s new drug 2-DG can improve the condition of these four fronts.

The DRDO itself says the drug will reduce patients’ dependence on oxygen, plus it will take 2-3 days for them to recover, meaning patients will be discharged from the hospital sooner.

So know the pharma company Dr. How can this drug of DRDO prepared with Reddy’s Laboratories help us win against Corona …

Q. Why is this drug of DRDO being called a game changer in India’s fight against Corona? 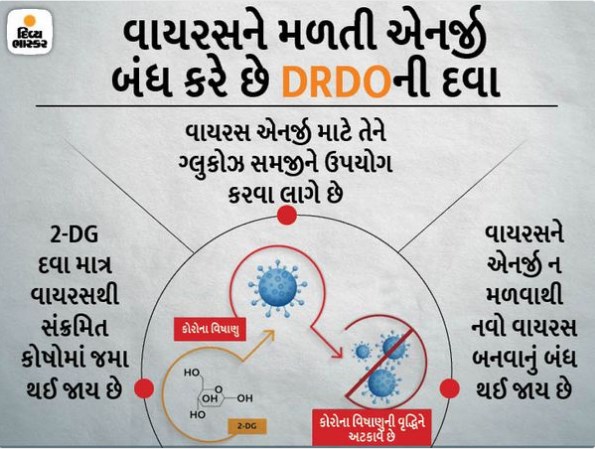 A. During the third phase of clinical trials, patients who were given DRDO drug 2-deoxy-D-glucose (2-DG) in combination with prescribed drugs, on the third day, 42% of these patients did not need oxygen as well as patients with prescribed treatment standards, i.e. standard of Medication was administered under Care (SoC), of which the figure was 31 per cent. Similarly patients who were given 2-DG medication had vital signs, i.e. heart rate (pulse rate), blood pressure, fever and respiratory rate, returned to normal only 2.5 days earlier on average compared to other patients. Patients taking the drug showed a rapid reduction in corona symptoms. So it is clear that such patients will not have to stay in hospitals for long. Similar results were seen in coronary patients over 65 years of age.

As a result, DRDO scientists say the drug will not only reduce oxygen dependence, but also alleviate the shortage of beds in hospitals. That is why 2-DG is being called a game changer.

. How does this drug of corona work? What is so special about it?

The drug, which is being developed in the laboratory of DRDO’s Institute of Nuclear Medicine and Allied Sciences (INMAS), is a substitute for glucose. It is structurally similar to glucose, but in fact different. It is in powder form and is given to patients by mixing it in water. 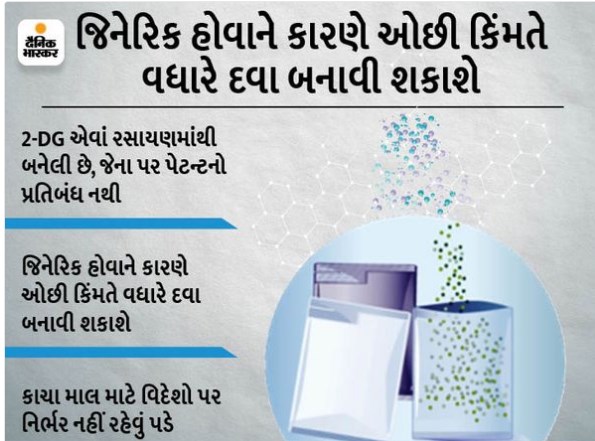 The coronavirus takes glucose from the patient’s body for its energy. When this drug is only deposited in infected cells. Coronavirus seems to use this drug by understanding glucose. In this way the virus stops receiving energy and its virus synthesis stops. This means that the new virus stops forming and the rest of the virus dies.

In fact, the drug was being developed to treat cancer, since it only accumulates in infected cells, and because of its properties, it was developed with the idea of ​​killing only cancerous cells. The drug is also set to be used to provide accurate chemotherapy to cancerous cells.

Q. How and in what doses can this medicine be taken?

Like normal glucose, the drug will be available in powder form in pouches. It should be mixed in water and given orally to the patient. The doctor will use the dose and time of the medicine by checking the age, medical condition etc. of the patient. DRDO scientists have also warned against taking cocaine or overdose without consulting a doctor.

Q. What will be the cost of the medicine?

The price of the drug has not been announced yet. The project director of DRDO, Dr. According to Sudhir Chandana, the price of the drug will depend on the method and quantity of the product. The industrial partner of the project, Dr. Reddy’s Lab has to decide all this. The price will also be announced soon. The drug is believed to be made from generic molecules, so will not be expensive. On the other hand, citing sources, it is being claimed that the price of a pouch of medicine can be between Rs 500-600. It is believed that the government may announce some subsidies in it.

Q. With more than 4 lakh new corona patients coming up in the country every day, will this medicine be available as per the requirement?

Corona’s drug is made from a 2-DG generic molecule, a chemical that is generic, meaning the company that developed it legally has expired the patent on its parent chemical. Generic medicine has all the qualities of a branded original medicine, although its packaging, manufacturing process, color, taste, etc. may vary. In most countries, the company that develops the original drug has a 20-year patent, so no one will be able to make the drug without the company’s license. In return, they have to pay a large sum of money to a company that spends on developing the drug. Being generic, this drug can be made in large quantities at low cost.

Q. Are raw materials for making 2-DG medicine available in India or do they have to be imported?

The drug is a glucose analogue, meaning it is a glucose that is similar to a naturally occurring glucose, but is synthetically made. It is also easy to produce. The director of the project at DRDO, Dr. Sudhir Chandana said in an interview that there is no problem in the availability of raw materials. According to the information received, Dr. who is making this medicine commercially. Reddy’s Lab has enough raw material.

Q. When will the drug start appearing in the market?

DRDO has hired Dr. Reddy’s Lab has been made its industrial partner. The project director of DRDO, Dr. Sudhir says that DRDO is Dr. Reddy’s has tried to produce quickly with the lab. They claim that the drug could hit the market within a few days. Initially, 10,000 doses may be made available, and DRDO sources say the drug will be given to patients in about half a dozen hospitals across the country by May 11-12.

Q. Will the drug be effective for critically ill patients?

Project Direct Dr. According to Sudhir Chandana, the trial of 2-DG was performed on patients with mild, moderate and severe symptoms. All types of patients have benefited from it and no serious side effects have been reported, so this is a safe drug. The recovery rate of the patients in the second phase trial was good and the oxygen dependence of the patients in the third phase trial was less.