This is a free app available for users including Android, iPhone, iPad, Mac, Linux and Windows.

The app has features like group video calling, disappearing messages, ‘chat and to end encrypted’. 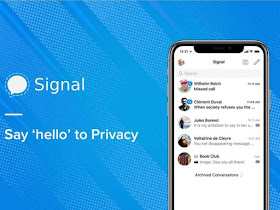 The beginning of the year 2021 has not been good for the users of the popular messaging app WhatsApp.  WhatsApp is also being trolled for its tightness and tampering with data privacy.  The point is that WhatsApp has introduced a new term and condition in which users have to make many new compromises on data issues.  WhatsApp has also threatened to delete users’ accounts if they do not comply with the terms.  For this, WhatsApp has given users till February 8 to think whether they will accept the terms of WhatsApp or are ready to delete their account.  One of the names that is trending on social media is the ‘Signal Private Messenger’ app.  Elon Musk, the founder-owner of giants such as Tesla and SpaceX, tweeted and recommended that people use the Signal app.  Following Elon Musk’s tweet, the tech world has started criticizing WhatsApp and praising the Signal app. 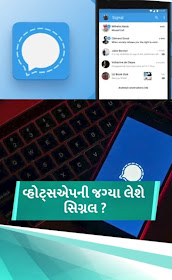 Let us know why Signal App is becoming popular now, what are its new features and why it is being considered as an option of WhatsApp …

What is a signal app?

This Native American app is a private messaging app.  The funny thing about it is that the company was founded by Brian Act (who co-founded WhatsApp with former co-founder Moxie Merlinspike).  The app has been active on the Google Play Store since 2010.  It is available for users including Android, iPhone, iPad, Mac, Linux and Windows.  Brian Act initially invested 50 million for the app.  Currently, the Signal app is ranked 5th in the communication category in the Google Play Store.  As the demand for the global app grows, so does the number of downloads in India.  The company tweeted the information. 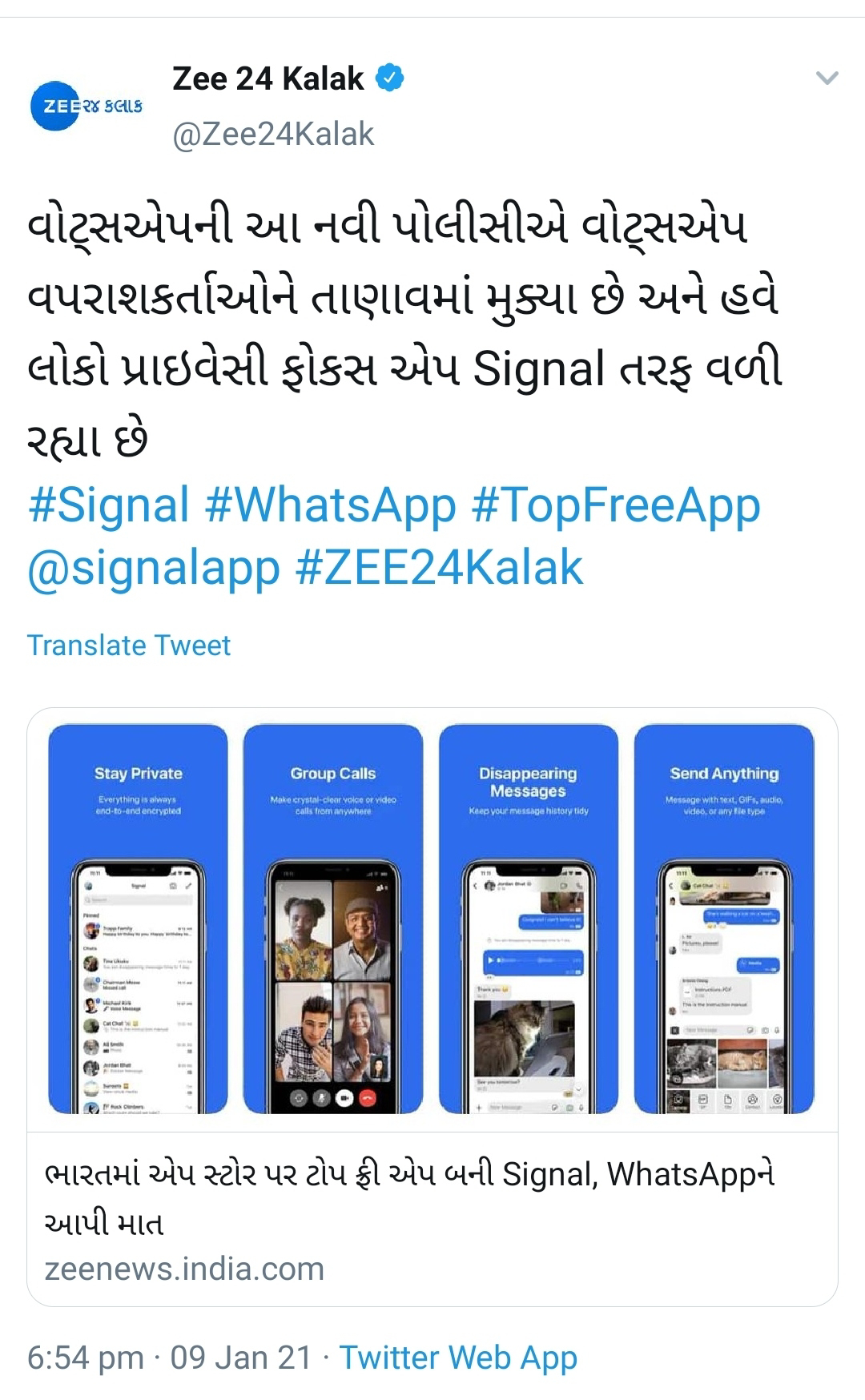 This app is a bit different from WhatsApp.  This app is free for all users.  The main thing is that the company cannot access your data.  Like WhatsApp, the signal also has ‘chat and to end encrypted’, so this app is a good option if you have still selected the NOT NOW option in WhatsApp’s new policy and you are concerned about your privacy.  Privacy Committed This app keeps encrypted details including your voice audio, stickers, attachments, profile photo and location PIN.

In the Signal app, just like WhatsApp, users can send messages to other users, make audio and video calls, as well as share photos, videos and links.  The group video calling feature has also been added recently.  However, at present its limit is 150 members.

If you are a privacy lover then this app is for you.  Unlike WhatsApp, the admin cannot add a member to the group without the user’s permission.  For this, other users will have to send an invitation and if other users accept this invitation, they will be added to the group.

Signal has also launched the Disappearing Message feature with privacy in mind.  The user can set the time from 5 seconds to 1 week.  The message will be automatically deleted from the chat after this time limit is met.

Signal App 7 seeks permission, but the company made no mention of accessing user data.  According to Signal App’s privacy policy, it does not store any user data.

Chat backups in the Signal app like WhatsApp are not possible on third party apps which means once you lose your phone you will not be able to backup your chats from iCloud or Google Drive.  However the app saves the encrypted chat in the phone itself.  Only users will have access to it.  The app is so secure that it does not even save your contact details on its server.

The Signal app has an extreme level of privacy feature called ‘Incognito Keyboard’.  Leading messaging platform does not have such a feature.  This feature prevents the app from following your keyboard typing.  The app’s screen security feature will prevent other apps from seeing the signal in the app’s window to see what you’re typing.

Start the signal app this way

First install the Signal Private Messenger app on your device.

Then tap on CONTINUE.

Now the app will ask for some permissions, ALLOW it.

Then submit your phone number.

After your account has been verified, type your name and tap Next.

After this step you will be able to access the app.

Reasons to use Signal App instead of WhatsApp

WhatsApp is owned by Mark Zuckerberg of Facebook.  The Signal app against it is not owned by any major corporate company.  Instead, it is owned by a non-profit organization called Signal Messenger LLC.  This app has also been developed from the grants and donations received by the signal users.

With the principle of ‘Privacy First’, this signal app has all the source code i.e. the entire format of the app is available to the public.  So that what is inside this app, what data it accesses can also be known.

The backup of our data stored in the Signal app is not available to anyone except us.  It is stored in our device in encrypted form, the key of which remains only with us.  Unlike WhatsApp, this app does not store any of our data on its own server.

By selecting any time from 10 seconds to a week, our message can be automatically deleted in the Disappearing feature in the Signal app.  WhatsApp is not a one-time visual media feature that can be viewed only once.  The feature of disappearing messages has also come a long way in WhatsApp.

Very few people know that what we type in mobile is also stored.  The Signals app features an ‘incognito keyboard’, which does not remember what is typed on our keyboard.

The Android version of the signal also has a nice feature called ‘Screen Security’.  If another app in our phone comes to the signal and peeps into our activity, it immediately stops it.