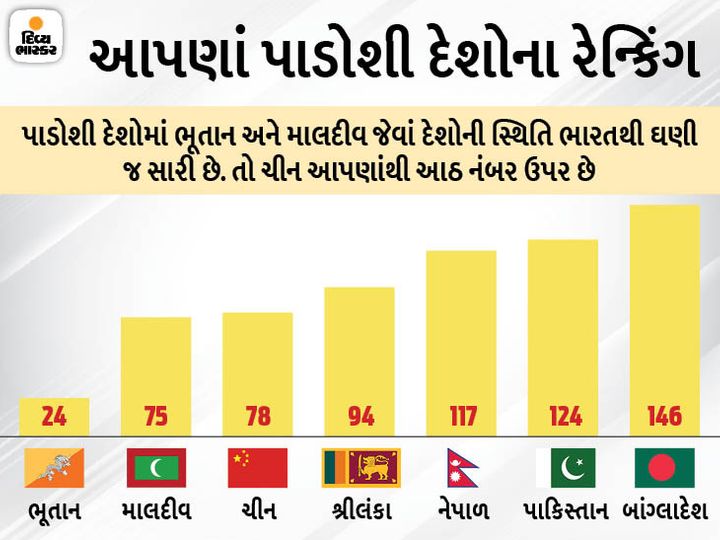 Transparency International, the world’s leading corruption watchdog, on Thursday released the 2020 Corruption Perceptions Index (CPI).  India is ranked 86th with 40 points.  Last year, our country was ranked 80th with 41 points.  China is ranked 78th with a bit much better position.  The best position i.e. the least corruption is in New Zealand.  They got 88 points out of 100 and they are number one.  The same number of points are from Denmark.  It also ranks first with New Zealand.

The CPI report says Corona has also had an impact on corruption, as Covid is no longer just a health and economic issue.  The CPI released the list based on a survey of 13 experts and people associated with the industry.  The countries with the highest score out of 100 are the least corrupt.

Corruption did not decrease during PM Modi’s tenure

Comparing the UPA’s Manmohan Singh government with the current Narendra Modi government from 2005 to 2013, the situation has not improved much.  Corrected rankings on corruption in 2006-07.  Meanwhile, India was ranked 70th and 72nd.  In the last days of UPA rule i.e. in 2013 we moved to 94th position.  So the best position during Prime Minister Narendra Modi’s tenure was in 2015, when India reached 76th position in the world rankings. 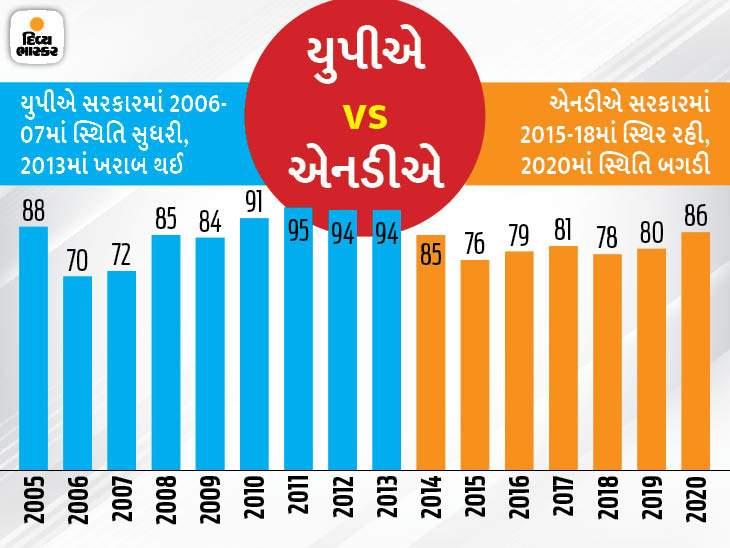 The ranking of these countries improved

According to the CPI, the ranking of 26 countries has improved compared to last year (2019), including India’s neighbor Myanmar.  They are now 137th with 28 points.  Other countries that have seen an improvement in corruption include Ecuador (39), Greece (50), Guyana (41) and South Korea (61). 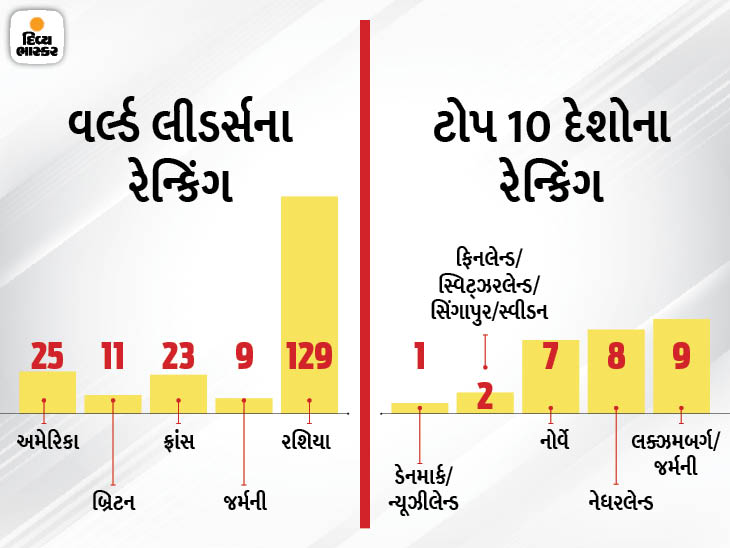 Corruption increased in these countries